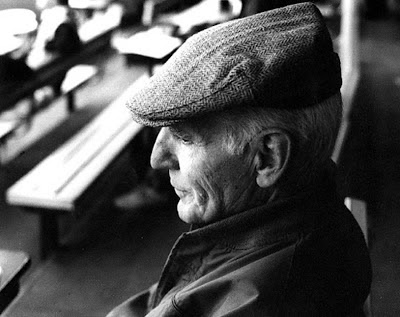 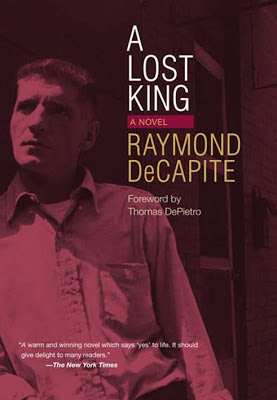 (Warning: If you haven’t yet read GO VERY HIGHLY
TRIPPINGLY TO AND FRO and THE STRETCH RUN,
there might be spoilers to the endings! I don’t want to
ruin these beauties for you, so be careful.)

I’ve discovered a wonderful new author, Raymond DeCapite.
I loved his novel A LOST KING and recently finished
reading GO VERY HIGHLY TRIPPINGLY TO AND FRO.
It’s an incredible book. I just knew that Roxie was going to
be bad news for Andy, but didn’t expect how DeCapite
would make him so much more. I loved all the excitement
Roxie brings to the book, the talk of art and life in the midst
of Andy’s cardwork-world. I love what a big heart Andy has,
to everyone, especially his sort of bumbling kindness to Stash.
It’s funny, sad and sweet all at once. DeCapite’s dialogue is
outstanding, the writing true and poetic. And the way it
worked out with Rachel was heartbreaking and real and
really beautiful. I’m just amazed. I love the descriptions of
Cleveland, still in clouds of factory smoke and the polluted
river, the highway crushing through. All the little cafes,
poolhalls and shops; it’s another world. I tell you,
Raymond DeCapite is one of my favorite writers now!
He’s the King.

I was also wondering if Raymond DeCapite ever met
John Fante, a much-admired writer of similar talent
and so I wrote to Raymond’s son.

Michael DeCapite replied, “My father never met Fante,
but Fante reviewed THE COMING OF FABRIZZE.
Kind of a funny review, as though Fante didn't quite
know what to make of the novel's approach, which is
mythic rather than realistic…I love that scene with Stash
too, it's mysterious and awkward and real.
My father wrote a play from that book called
WHERE THE TRAINS GO.” 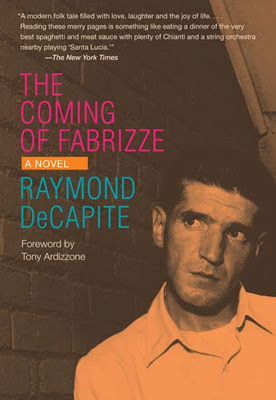 Michael also clarified the timeline of his father’s writing:
“FABRIZZE came out in hardcover, from David McKay,
and then in paper from I-don't-remember.
A LOST KING initially came out only from David McKay,
in hardcover. That was all in 1960, 1961.
He then had nothing published until PAT THE LION
came out in Cleveland magazine, in 1976.
I've always assumed he wrote Pat the Lion before
ALL OUR FORMER FROLICS, but now I'm not sure.
Then there was GO VERY HIGHLY TRIPPINGLY TO
AND FRO. In the late '70s he started writing plays.
He wrote at least four. He hadn't written anything
in quite a while when he wrote THE STRETCH RUN,
in the late '80s. After that, he wrote only a short story,
‘The Boilermakers.’ KSU republished Fabrizze and
A Lost King in 2010, but he knew, when he died,
that the books were going to be reprinted.” 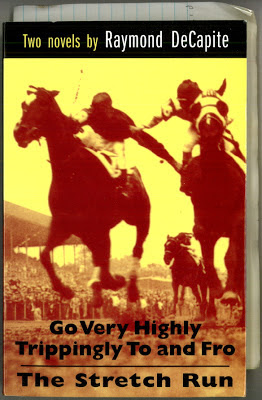 This past weekend I finished reading
THE STRETCH RUN. He did it again!
What a beautiful book. Old Jim and his friendship
with Frank is the making of another wonderful
DeCapite story. What an incredible ending too,
with Frank all of a sudden running to his car
to get one last look at Jim driving off.
He catches up with him on the highway,
but Jim raises his hand off the wheel,
like a dream or a ghost, to wave him away,
he’s done and going to another world.
Lots of heartbreak and kindness and
poetry in this book. DeCapite’s books
just keep getting better for me. I’m really
looking forward to reading THE COMING
OF FABRIZZE. I ordered it through
interlibrary loan a couple weeks ago and
I’m still waiting. DeCapite’s books are
real hard to find and that shocks me.
He writes some of the most moving
stories of America. I was wondering
if he wrote poetry too, but of course
he does, it’s in his novels, in his portraits
of these people’s lives. I can’t get enough
of it.

I wrote to his son again, to see if his father’s
plays are available to read and got this reply:

“Though it would be nice to see them
collected in a book, my father's plays
have never been published, so you won't
find them. But Fabrizze and A Lost King
were reprinted by KSU Press in 2010,
so there should still be some of those around.
Before that, they were very hard to find.
I like that haunted ending of Stretch Run
a lot myself.”