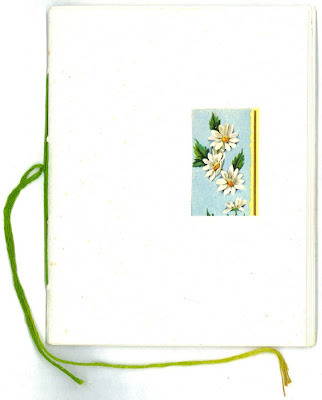 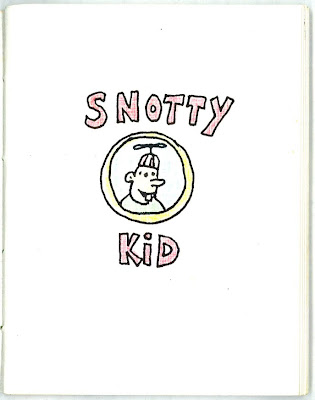 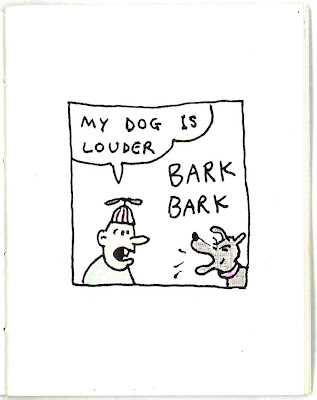 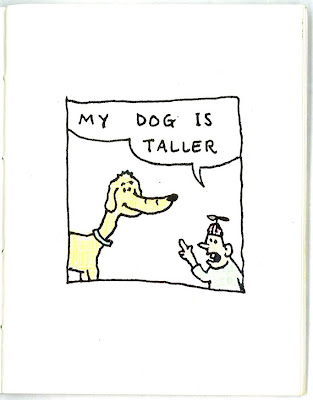 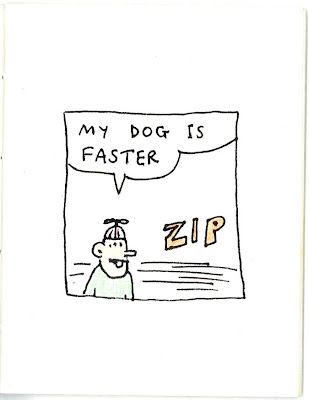 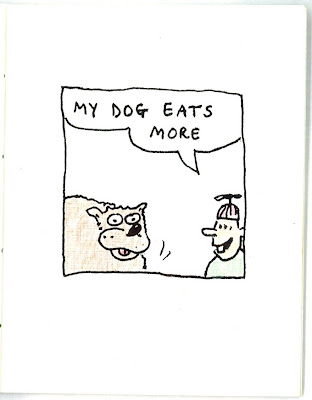 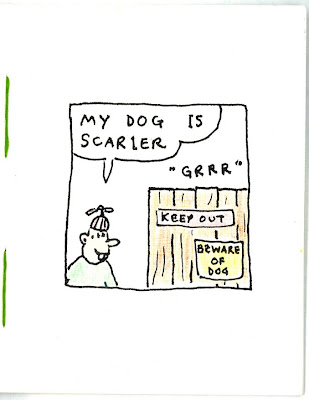 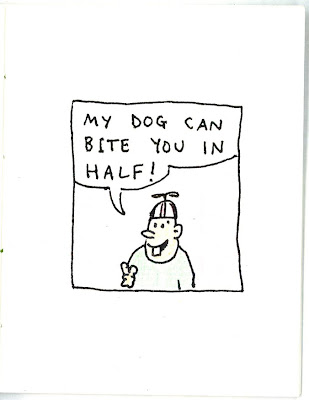 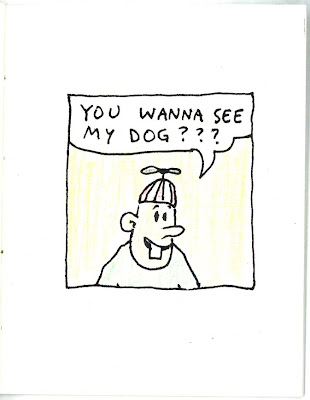 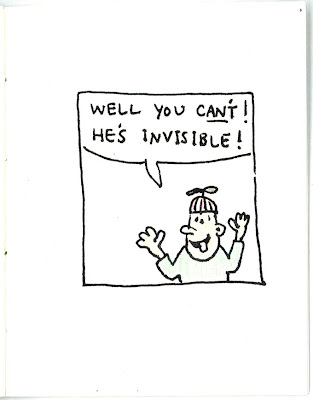 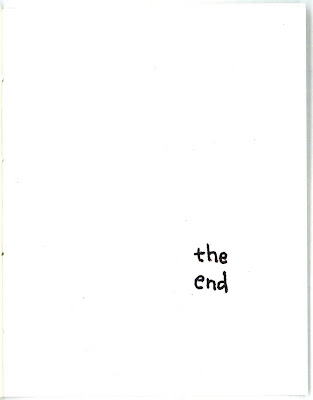 This is a little book
I made back around 1994
for Pliny. 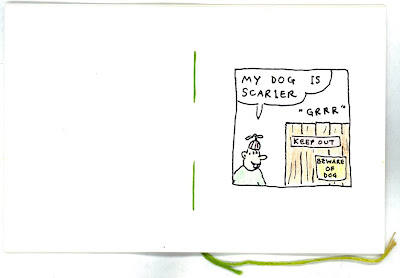 Posted by allen frost at 4:47 PM No comments: 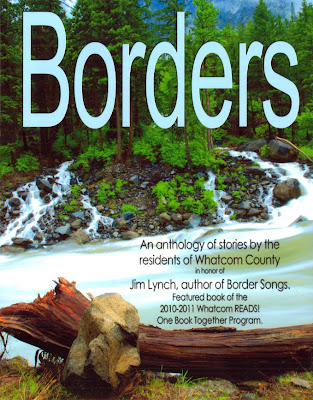 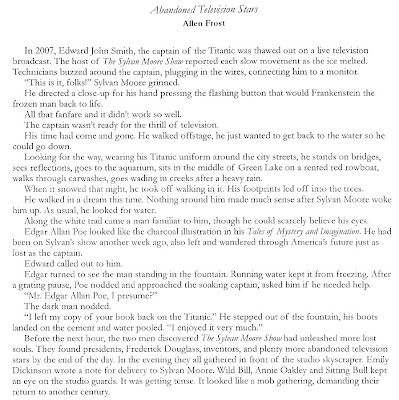 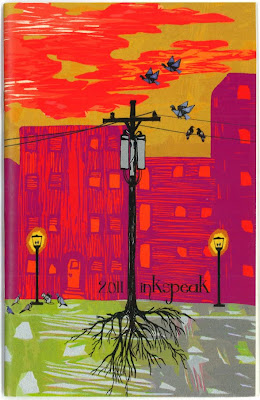 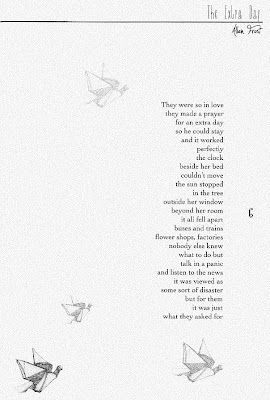 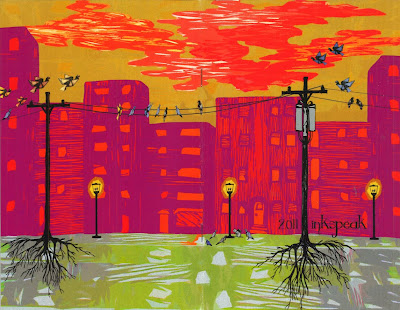 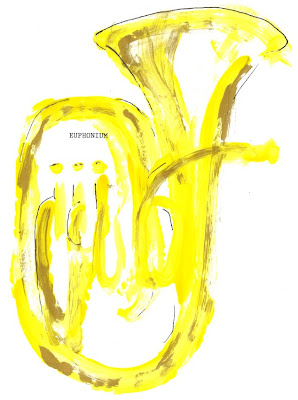 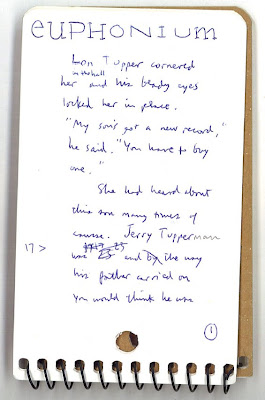 Lon Tupperman cornered her in the hall and

his beady eyes locked her in place. “My son’s got a new

She had heard about this son many times

of course. Jerry Tupperman was 17 and the way his

father carried on you would think he was the greatest

record for a while now?”

“It just came out. I’ve got a box of them. Burt

“I don’t actually have any money on me.”

“That’s okay, you can pay me later. Twenty

bucks. I’ll bring you one.”

Lon smiled. “Okay then.” He eased back a little,

his hands had dropped to his side. That was all he

needed to tell her.

Ruth said, “Thanks Lon,” and made her way

around him. She carried her teacup and a little sealed

bag of green tea, went about twenty more steps down

the hallway to the big water tank planted against

She pressed the red button on the tank and

filled her cup with steamy water. She knew there

was no way out of it. Lon would hound her for the

money. Anyway, she smiled, she had become a sort

of patron to Jerry Tupperman. After all, she had

his first recital, a 45 single. ‘Mary Had a Little Lamb’

tunnel, shrieking at you full force. She had also

when the boy marched past with his euphonium.

So yes, she supposed there was no way around

purchasing his latest endeavor. She wasn’t even

surprised when she reached her desk to find the

album waiting for her, leaning against the

On the cover a young man rested next to

a merry-go-round. He wore a purple turtleneck

under his arm. Jerry Tupperman was printed at

the top, followed below by the big yellow lettered

“Oh boy,” Ruth muttered. She set down her

tea cup and sat. She glanced at the clock. Three

cards, adding them to filing cabinets. At 5, she

was done for the day. This part was a bit of a

routine, following her coworkers out of the

building, the sidewalks were wet with spring

rain, city crowds, her shoes clicking on the

under her raincoat and waited. Pedal cars

went by tossing a fine spray into the air

next to the curb, hitting puddles with a 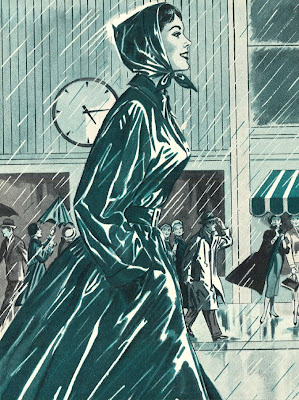 When the trolley arrived, pulled by two soaking

She crowded on, down the aisle and grabbed

a post to hold on. She held her other arm over the

record pressing it to her.

The trolley was full of office workers and

merchants going home. Someone with a Victrola

sat in the seat next to Ruth, the horn of it pressed

into her whenever the trolley jolted. She thought

of putting Jerry’s record on and giving it a spin.

The sound of his euphonium would probably

send people fleeing out the door, giving her a

chance to sit. It was a long ride to her stop on 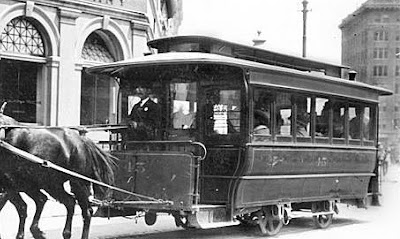 from the speaker and everyone staggered as the

trolley halted. Like a tide, they all fell back a few

steps as more passengers got on.

Ruth held to a chair that a very old man

occupied. She looked over his frail shoulder to

share the book he was reading. This was one of

her favorites trolley activities. Whenever she

could, she would eavesdrop on someone’s

reading. She put the words together into an

adventure in her mind as if it was all one book.

So far this week she had been a deep-sea diver,

a cook preparing Irish stew, she had been in

a crossword puzzle, and got lost in the cryptic

jumble of the stock market, and now this.

The old man held a paperback mystery up

close to his chin. She was in a dark house

carrying a candle before her when the trolley

gave a little yelp, she couldn’t help it, she

almost fell. A baby was crying, something

broke on the floor, people all over the trolley

were muttering and making noise.

She couldn’t see why though. She craned around

all the trolley riders. The windows were fogged

up and dotted with rain, there was no way to

know what occurred until the speaker in the

we’ve had an accident.” Everyone groaned.

“What is it?” the old man asked Ruth, cupping his ear.

Amid all the muttering and jostling, Ruth

could feel the cool air from the door that had

just clacked open ahead of her.

A man in a bowler hat, carrying an easel

tipped and shoved past her, steaming for the

door. He prompted several others to abandon

Ruth could see down the aisle, out the

split screen windshield of the trolley. It was

an accident all right. The yaks were feeding

from the bright spray of a crushed flower stand.

She could see the driver out there swatting

the beasts, waving his arms. There was a

woman in a blue apron shouting at him.

The driver pulled on the reigns and

tackle, but the yaks were intent on eating

every flower in sight. No blow could sink

them, but she still had a long way to go.

She watched the family with the crying baby,

followed by a boy carrying a fishbowl, all

heading for the doorway. The driver wasn’t

having any luck. The lady in the apron held

a stalk of bent iris. She was crying.

Three seats from her, Ruth saw the

man with the Victrola stand up as if to leave.

“Hold on!” she called to him, having an

idea and hurrying into it before it could fly

Carrying the record player, he turned

the horn towards her.

“I think I know how to get those yaks

Jerry Tupperman was about to receive

his most infamous audience and as a result,

by tomorrow the news would carry and set sail

and within a week his Gurdies recording

would be outselling everything from coast

to coast. It would be played as a foghorn for

ships, a tornado alarm, to clear your home of

pests, or played on trolleys as a cure for yaks. 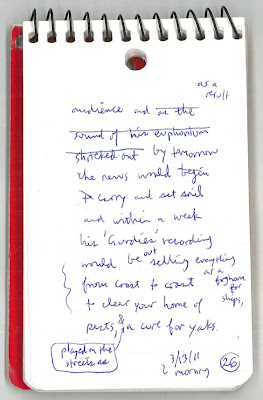 Posted by allen frost at 8:37 AM No comments: