I've been reading these books during
my break from job. ANNIE SALEM
by Mac Wellman, and two new books
BEATLEBONE by Keven Barry and
SINATRA by James Kaplan. 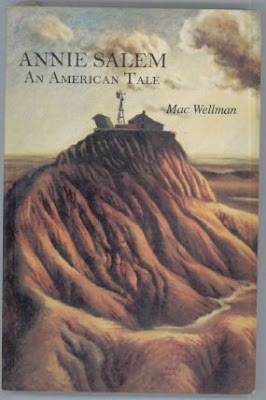 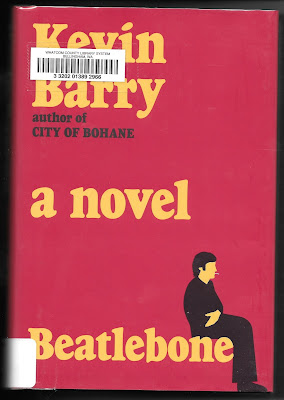 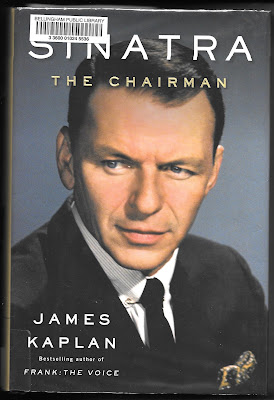 I just watched again Harry Langdon's great
1927 film THREE'S A CROWD. His story is filled
with so many perfect moments and beautifully framed
scenes. I still try to get my books to look like these
films of the silent comedians. In fact, the new novel
I'm writing now could be a Harry Langdon film. 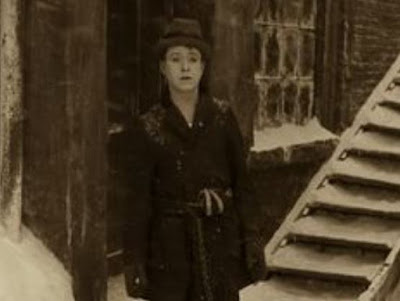 Posted by allen frost at 5:37 PM No comments:


My son drew this amazing picture
a few years ago. We make an
occasional comic book together. 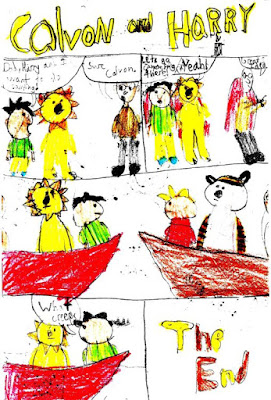 Posted by allen frost at 3:29 AM No comments:


I finished reading Neil Gaiman's book
THE OCEAN AT THE END OF THE
LANE. I enjoyed it. It reminded me of
my sequel to ROOSEVELT, which Fred
and I have been working on getting published.
I've been very busy with too many things.
You can't just be a writer any more. 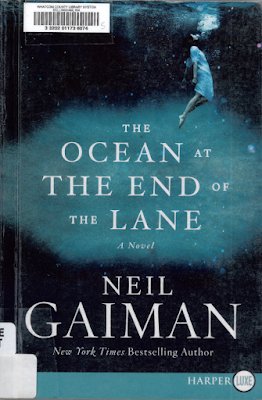 Posted by allen frost at 3:22 AM No comments:

I just saw Woody Allen's recent movie
MAGIC IN THE MOONLIGHT
It's great, reminds me of one of those
old Fred Astaire 1930s films. 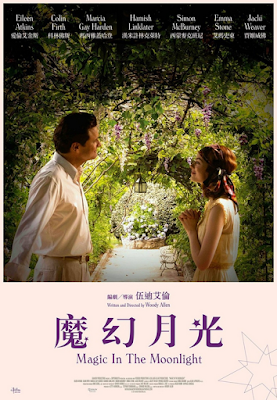 Posted by allen frost at 4:59 PM No comments: 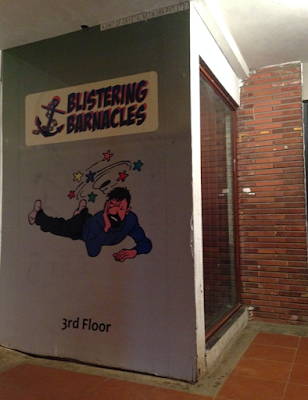 I just found this book called
PARTY AT THE ZOO. Roethke
(who wrote 'North American Sequence')
and taught at University of Washington
was Robert Sund's poetry teacher. 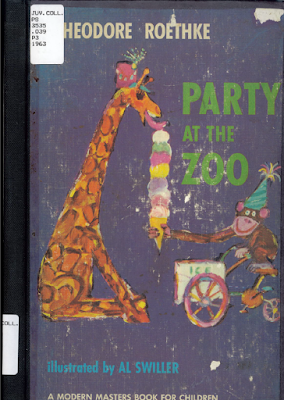 Posted by allen frost at 6:28 AM No comments: 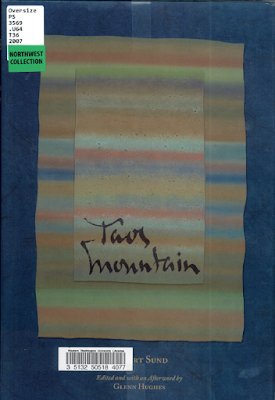 Posted by allen frost at 6:24 AM No comments:


A few years back I read that Richard Brautigan
wrote an unpublished novel in 1955-56
called "The God of the Martians."
It's composed of short little chapters only
a couple sentences long each. And right away
I wanted to write a novel like that. I included
my little poem chapter novel in my new book
"Town in a Cloud." It's called "Air Travel."
It's about a rowboat that you can paddle
thru the sky, above the town. 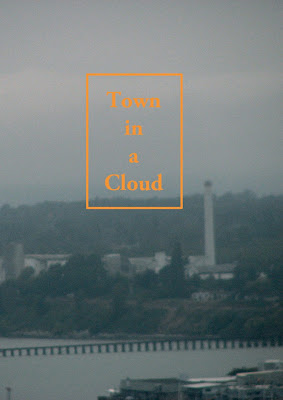 Posted by allen frost at 4:58 PM No comments: 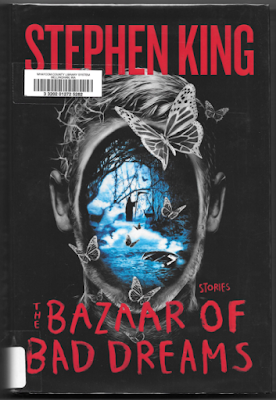 I've also been working on a bunch of
GOOD DEED RAIN projects. Including a book
that's forthcoming which stars that same butterfly
on the cover of King's book. He scooped me!
Posted by allen frost at 1:07 PM No comments: 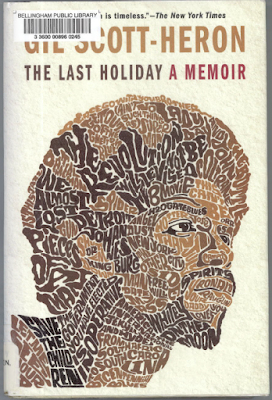 Posted by allen frost at 1:30 PM No comments:


I just got the proof copy of
TOWN IN A CLOUD.
It looks great! Happy Halloween! 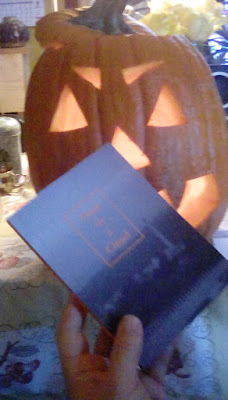 Posted by allen frost at 5:20 PM No comments:

town in a cloud 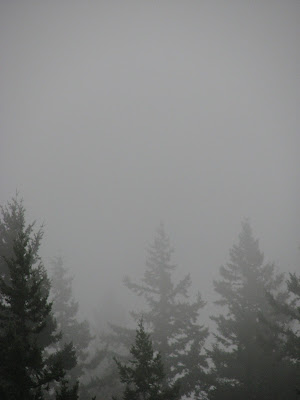 Posted by allen frost at 1:24 PM No comments:

more Town in a Cloud 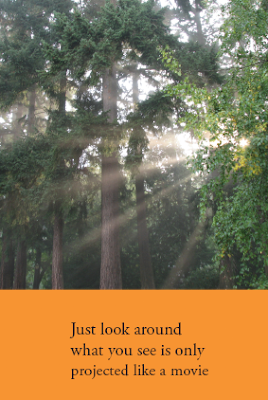 Posted by allen frost at 5:10 PM No comments:

Town in a Cloud 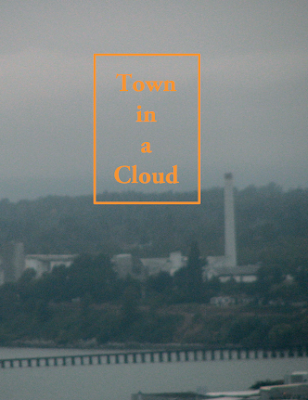 Another brand new book. This one is poetry,
written in three parts about the rainy season
in Bellingham, featuring a flying rowboat,
a talking fish, ghosts in a house, haiku and
the mothcatcher in the woods and more.
It will be available from Amazon.com soon.
Posted by allen frost at 5:01 PM No comments: 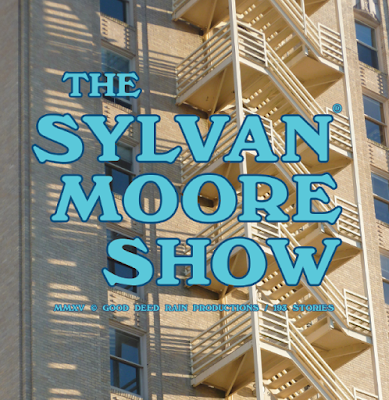 Everyone in town was excited when
the ships arrived on the horizon.
From a distance they looked so small
like a pair of toys but they’ve been here
since winter and things have gone missing:
a sailboat, a footbridge, a row of maple trees
a gas station and a couple houses on Berlin Road.
Three or four cars disappear every few weeks
and a hundred feet of Mill Street.
It keeps getting worse as the ships
get lower in the water. There are white lines
painted on the bows, you can keep track.
It seems pretty clear they won’t leave
until they have what they came here for. 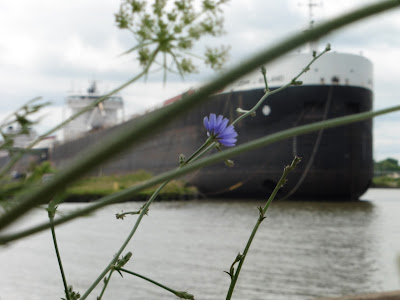 Posted by allen frost at 4:59 PM No comments:

the smallest woman in town

While in Ohio this summer I took photos and
wrote a collection of poems I'm hoping to post
online soon. Here's one of them:


the smallest woman in town

He stood there and watched her.
There was nothing uncommon about him.
He wore a t-shirt and shorts and a dull expression.
Everything around him was built to his size.
He stared at her, you could tell there was
something he was dying to say to her. 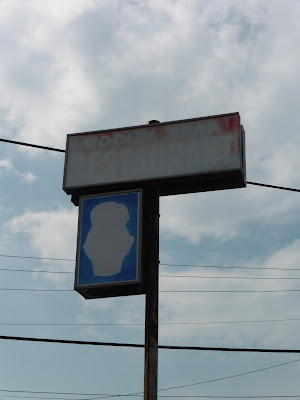 Posted by allen frost at 4:57 PM No comments:

While she read exit numbers and destinations signs aloud,
she remembered what she wanted to ask him. So he told
his daughter there was a car driving somewhere out there
on the roads of America that once tried to cut his arm off.
He used to work in a Detroit car factory the size of a city.
It had everything a city did, good and bad. There was even
a black market where he bought her a ring. Inside there,
through rows of machines and car shapes, and all the car
making sounds, he had worked in the deepest part of the city
turning metal into cars. He used to attach doors to the frames
and the doors came to him hanging in a row from a track
running the ceiling. It was dangerous work. There was a
union hospital that was usually filled with wounded and
his last job had been Vietnam. He showed his daughter
the scar that ran his arm, where the sharp edge of a door
caught him with its steel. But he told her it was also
like Alice in Wonderland down there and she could have
run miles and miles of tunnels and worlds down there
before she could find him. 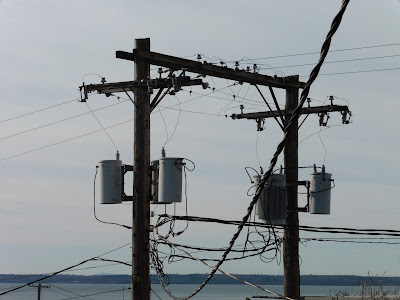 Posted by allen frost at 4:17 PM No comments:

Here's a story from my new book. 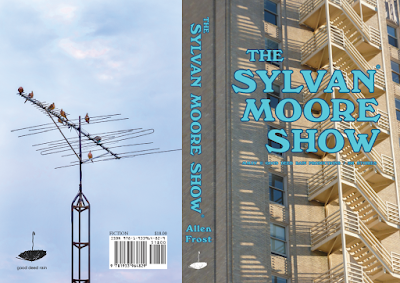 She sat in the cab of the truck writing in her notebook or reading a paperback. Just getting her to come with him on the job today had been an ordeal, almost leading to one of their arguments. It seemed like she had been angry at him for years, ever since she was a little girl slamming her door on him. He wasn’t even sure why.
Her mother sent her to spend the week with him. If it was reconciliation, it didn’t look like that was happening. Since the divorce, he supposed his daughter’s hatred of him had only grown. And he wasn’t surprised by her cold regard of him. She would sit in the apartment in the corner chair with a book. Mostly he took her on the job to get her out of there, but also he hoped she would be interested in his work, maybe even lend a hand.
Well, tomorrow she would be going back to her mother. He wasn’t sure if the trip had done any good. He could make her come along but she wouldn’t speak. She would be like one of the cement Buddhas that huddled in the bed of the truck. That was his job. He made Buddhas.
The sun shone on this one he had finished pulling into place. Its new home was in a garden corner. It was still winter but he could imagine the statue with spring flowers, crocus and daffodils, all around it. It looked good.
He took a deep cool breath and stared into the Buddha’s face, the eyes he had made with little bits of colored glass. Each Buddha was a little different. A sad part of him was transferred into this one. He knew the feeling. He let out his breath in a hitching, emptying sigh. He was very tired and about to cry. The day to day was much harder than he ever expected and he had failed in so many ways. If he hadn’t got back on track by making these cement Buddhas, it seemed like it was all just a waste. It wasn’t. He took a new breath. There was the smallest candle in him, but it cast just enough light to remind him. Maybe he’d seen it in a dream; he had been sent here, reborn in America for this purpose.
He glanced back at the yellow truck parked under a bare chestnut tree. He could see his daughter in there, her face tipped to her book.
A long row of white muddy pine planks made a track over the ground for the sled he had pulled the Buddha on. Now he had to pull the sled back. When he got to the truck he stopped it. The hard part was running it up the ramp over the tailgate. He saw the back of his daughter’s head in the window, her straw colored hair. She was still reading her book, though the sound just behind her must have been loud.
It would be nice, he thought, if she had asked him if she could help. She must have known what he was doing. She had been watching him work for days. That’s okay, he told himself…It was his business. This was what he did alone.
He followed the path of planks back to the Buddha and trip by trip picked up the pine rails and stacked them in the truck. By the time he finished that task he really was tired. He shut the tailgate, latched it with a clang and held on to the cold metal to catch his breath. It wasn’t an easy job and he was getting older; he didn’t know how much longer he could do it. But it was good to see that statue set solid in the earth. It looked very small across all that distance of winter yard.
He wasn’t quite ready to go, almost, when the cab door opened and his daughter slid out of the truck. She had something in her hand, he caught a glimpse of it, a necklace made of little origami birds. They fluttered around in a long loop as she walked across the yard, along the freshly pressed marks left by the planks. She went further from him, all the way to the Buddha.
He listened to the blue jay cry hopping down the branch above her.
With both her hands, she hooped the birds over the statue’s shoulders. It was perfect. And as he waved at her when she turned around, he smiled and looked away, and saw the two paper birds she had tied to the mirror inside the cab.

Posted by allen frost at 3:24 PM No comments: