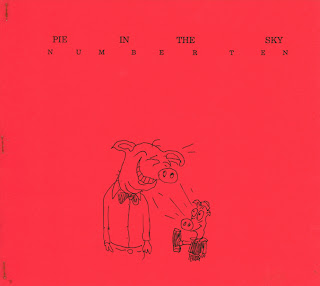 The Seattle Wax Museum is gone now, I’m not sure
where it disappeared. Apartments have been built
over its site and those stacked rooms are probably
being haunted by wax visions of Abe Lincoln,
John F. Kennedy, the pioneer founders of Seattle,
Neil Armstrong, Lindbergh, Marilyn Monroe,
The Beatles and a cast of characters I’ve since
forgotten. I do remember there used to be
the Three Stooges, as real as they were on TV
but in three dimensions, roped off from us…
I wonder if they were auctioned off when
the wax museum went under? Maybe it
was a bargain, someone bought them for
only $120. The statues came with simple
temperature instructions: keep out of
direct sunlight and away from any heat
source. “Naturally!” the person who
bought them laughed, “They’re wax!
They’ll melt!” So he cloaked them over
in bedsheets and drove them away,
onto Interstate 5, going South.
When he got to Spirit Lake,
he found the airport and chartered
a helicopter. It let him off on the summit
of Mount Saint Helens. There, he arranged
the three infamous wax players in the ice
and set up his expensive camera equipment.
A panorama of breathtaking blue and
white, at the top of the world with
Larry, Moe and Curly. It could have been
one of their films from long ago, as he bent
his finger to record the scene. But history
had other plans. The ground began to shake,
knocking everything down as the volcano
exploded with hot ash. It was probably
the tremor or was it a some other force
that carried across the miles from there,
suddenly waking me from a dream.

The previous post, 1975 Diary #3
ended with the Seattle Wax Museum.
Our school went there on a field trip
once, the entire class horrified by
the recreation of the city's founding
Denny standing there bleeding
holding an axe in the cold wet
surrounded by weeping settlers
and the sound of rain soundtrack.
This story originally appeared in
Pie in the Sky #10, featuring
another great drawing and cover
by Aaron Gunderson. Later it was
compiled in Home Recordings.