more than one blue moon


For many moons, I've been adding little stories
to my autobiography. Here's one I recently wrote:

MORE THAN ONE BLUE MOON

I used to listen faithfully to a radio station in Maine.
On summer nights it would play those old 1950s
songs, do-wop and R&B that I loved. One evening
while The Everly Brothers were singing, or
Fats Domino, or Mary Welles, I worked up my
courage by the telephone. I remember the door
was open to the porch and the ocean was out there.
Across the bay the little houses and vehicles were
dots of reflected water light. It took me two more
songs to pick up the receiver and dial.
When the DJ answered, I could hear the music
in the background like the soundtrack of a drive-in
movie playing with mosquitos in a chrome car
covered field. I asked if he could play ‘Blue Moon’
and he said sure and hung up. That was all it took,
but I felt instantly at ease again. I could breathe again.
All I had to do was listen and wait for The Marcels.
After a commercial break for the horse racetrack
and Mammoth Mart, the DJ returned to the
microphone and announced the next song was a
special request and the needle touched the vinyl
with a rushing crackle. Now, in those days, I did
think of myself as one of those 1950s teenagers
I saw in the movies, Diner and American Graffiti.
I expected a lot from this DJ, you would have thought
I was a moth caught in the glow of the radio dial.
Except the song he played wasn’t what I asked for,
it was ‘Blue Moon of Kentucky’ by Elvis Presley.
Even though Elvis recorded ‘Blue Moon’ in the
echo chamber of Sun Studios, why didn’t the DJ
play that instead? Maybe he wanted me to know
there was more than one blue moon. 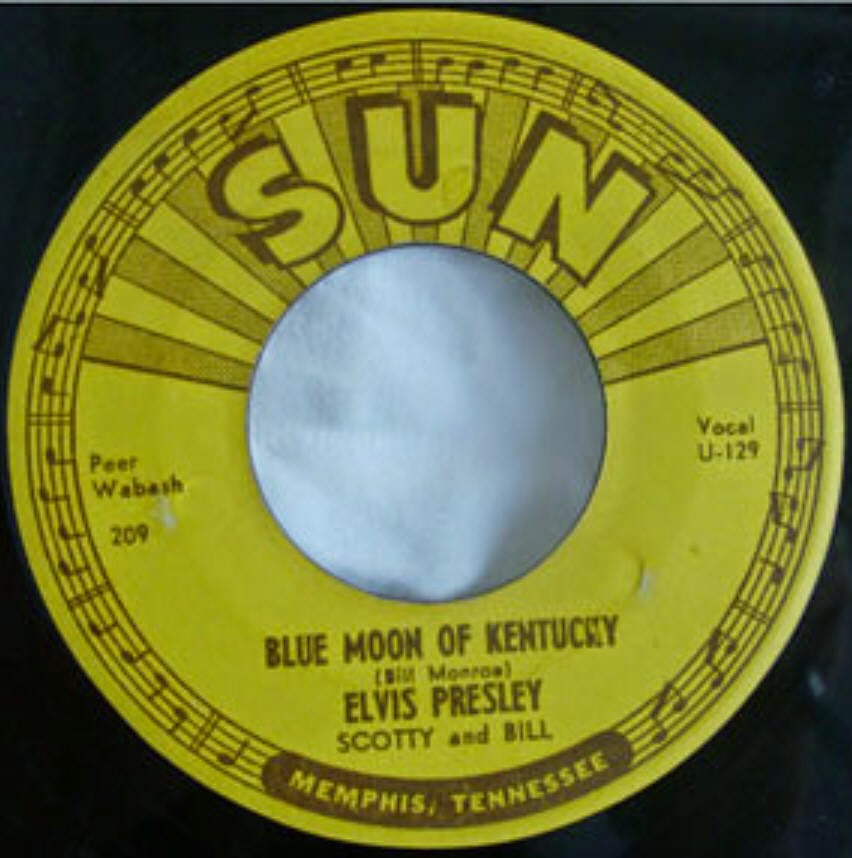