"Trying to convince 21st century
men and women that there were
monsters in the world, and their
greatest advantage was the
unwillingness of rational people
to believe." 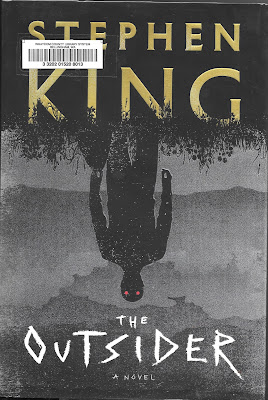 I almost stopped reading Stephen King's
new book it was so gruesome, but I soon
got into it and couldn't put it down.
Once again, Mr. King has his finger on
the pulse of America, the horror of a
monster that feeds on fear, pain, sorrow
and terror, a monster that became an awful
lot more familiar these past years especially.
In other words, it's another book that speaks
to what's going on and conquers it.
I also liked the reference to the Mexican
Luchadora movies and I am so glad that
Holly returned; she's a great character.
Posted by allen frost at 10:57 AM