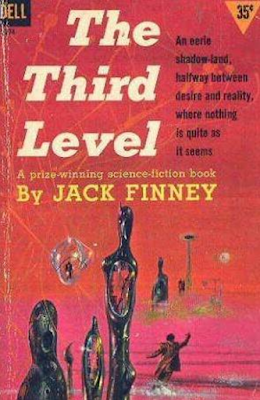 Yesterday, I finished reading Jack Finney’s
wonderful book, THE THIRD LEVEL.
Published in 1957, nearly every story has
something to do with time travel. One of
my favorite stories in it is “Such Interesting
Neighbors.” A new couple moves into a
TV-sort of 1950s neighborhood.
While visiting the couple next door,
the mysterious man explains where he’s from
under the guise of a science fiction story.
The people of the future live in an oppressive,
overworked, fearful and warring society,
when suddenly Time Travel machines are
invented and it’s like when the television
became available in stores and “it’s just about
the only way to have any real fun. But it’s a
wonderful way, all right. Within less than a
week after the first sets reach the market,
people everywhere are going swimming after
work on an untouched beach in California,
say in the year 1000. Or fishing or picnicking
in the Maine woods before even the Norsemen
had arrived.” It doesn’t take long before
everyone has discovered their own personal
favorite time and place in history and, “All over
the world, within less than a month after TT is
introduced, the same almost simultaneous
thought seems to strike everyone: Why return?”
And so the future is evacuated. 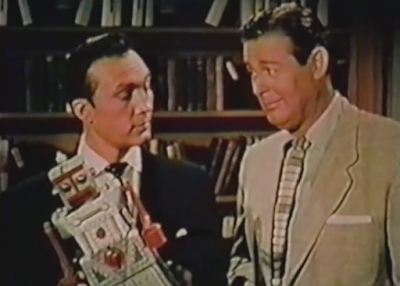 Finney’s story also appeared on television
on a 1955 episode of Science Fiction Theatre,
as “Time Is Just a Place.” Coincidentally, it stars
the father from the early 1960s TV series “Hazel”
which I used to watch every morning this spring
before going to work, while writing my sequel
to ROOSEVELT, which I set in 1962.