Here's another short story from my next collection:

Seventy years and he was still there. He couldn’t grow any older than high school. He held the hand of his girlfriend from then. She was a grandmother now. Bill Haley and the Comets turned into a slow Moonglows song, that dance that let him lead her across the floor. Bunting ribbons were taped to the dark ceiling, sparked by little shiny dots of revolving light.
There were white vans parked outside the gym. A photo would be taken for the newspaper the next day.
He repeated the grades over and over forever. Every summer vacation, about a month after school ended for the year, he would attend the class reunion looking for her. It was no longer surprising to see how the others had grown older while he stayed the same. And he found it was good for them too, to see him return the way he was, unchanging. He was like a living photograph from their days of cars and radios. He danced with Nan Palette all night and when it was over he led the old woman to her white van, idling by the curb outside. 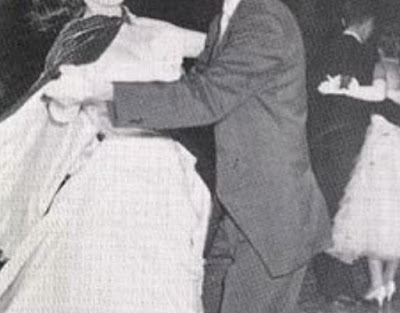